Digitalization is a Process of Learning 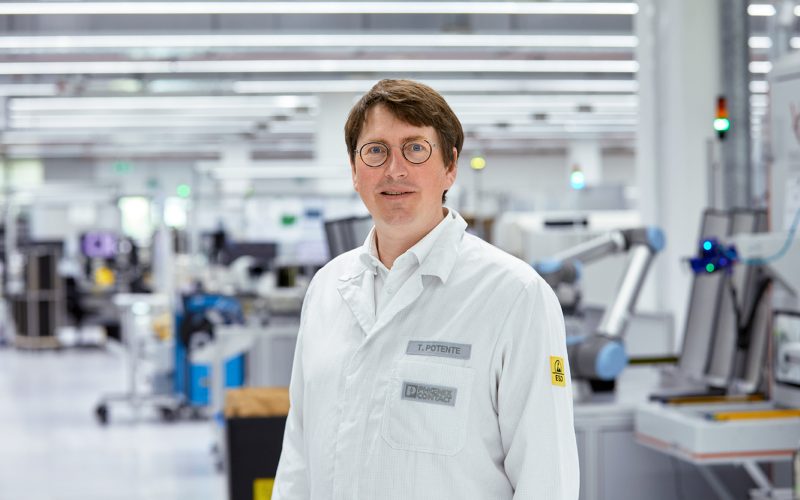 We often talk about digitalization and how it changes industrial automation. So we thought it’s time to stop talking and start doing. Hence, we have created the PLCnext Factory. Dr. Till Potente, Senior Director Production and Engineering in Industry Management and Automation, is one of the driving forces regarding the PLCnext Factory and digital transformation. We talked to him about strategies, findings, and results.

Dr. Potente, when, and how did the process of digital transformation begin at Phoenix Contact?

For us at Phoenix Contact, subjects like innovation and technical progress have always been part of our company’s DNA which makes it difficult to determine a specific starting point. I do, however, see an important milestone in 2017/2018, when our management team at that time developed a common dialog picture that serves us as a guiding principle. This picture broadly conveys that we are facing all-encompassing changes of our professional world that affect all business sectors. It outlines the interfaces where the digitalization urges us to rethink our processes. We then applied this picture to our production and, together with the managers, worked on our answer to the question: What is our goal as a production?

Please tell us about the process of digitalization at your production 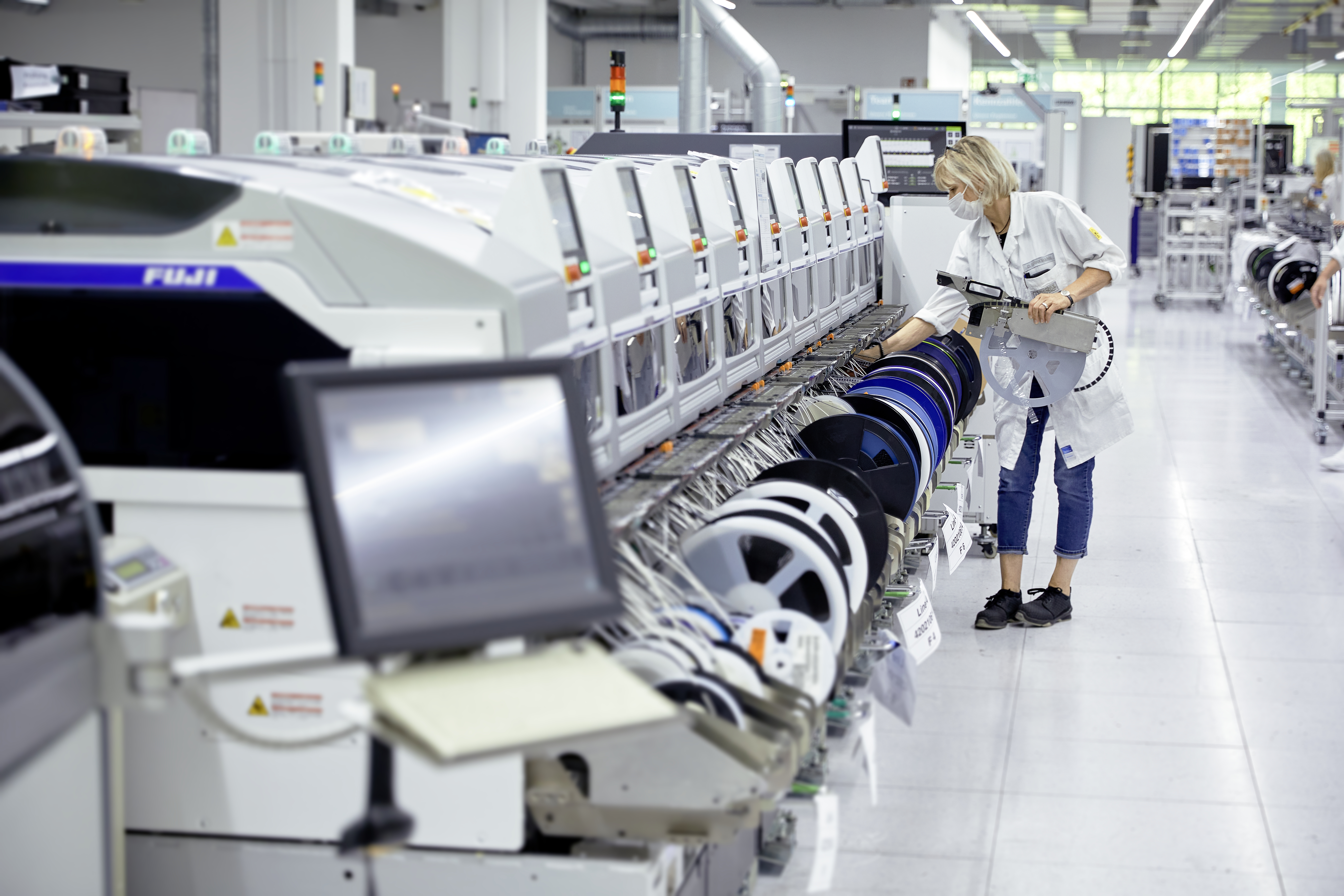 We are often entering unknown territory and put things to practice that we don’t have a lot of experience with yet. That makes it difficult to simply create a project plan. However, technical possibilities barely restrict our actions so that there are a lot of different options to approach digitalization. Thus, it was important for us to initially define what we want to achieve with digitalization. It helped us to take the digitalization as an assistance system. We knew right away who we are doing it for – for the employees and for us as the managers. In addition, we do not consider digitalization as that one chance that has to work immediately. It rather is a learning process in which we have to deal with setbacks as well. This is why we – in a second step – devoted much energy to establishing suitable routines and structures. This includes our Manufacturing Data Support team as well as our agile project management or our virtual shop floor from Elisa. The third step was the development of a flexible software architecture. Here we decided on a microservice architecture as it provides the highest degree of flexibility in terms of update capability and continuous development. This way we were able to integrate solutions from start-ups such as Siga and from machine learning experts like Oediv in our infrastructure.

Are you driving the digitalization forward across all sites and business areas?

Yes, we work closely together with our international sites, for example in the USA and China, as well as with the other business areas. In the field of digitalization we would often be too slow if we followed the conventional procedure of defining a standard first and then rolling it out globally for years. The speed with which we can implement interfaces between systems today also makes it redundant. To us it is more important to learn from each other and to use synergies. That doesn’t mean that everyone does what they want. The opposite is true, but the coordination takes place on a different level. The aim is to create joint transparency about structures and processes. This requires a much stronger basis of trust than in the past. The standardization of software and tools becomes less important and applications become interchangeable.

Were there any obstacles on your way to digitalization? And if so, which ones?

When we started to more and more use our own data from the ERP and PLM systems, we recognized that neither the technical implementation nor the capacitive expenditure are the biggest obstacles. Many processes took a very long time because authorization concepts and questions regarding compliance had to be settled across many specialist fields and hierarchy levels. This includes questions concerning the protection of expertise as well as the processing of personal data or the co-determination duty of the works council on certain issues. Together with the group works council we have developed a concept that is based on occupational safety. Here we have been working successfully for many years with things like declaration of conformity, operator responsibility, and risk assessment. We have transferred this approach to the handling of digital data.

From your perspective: Which role do human play in a digitalized production? 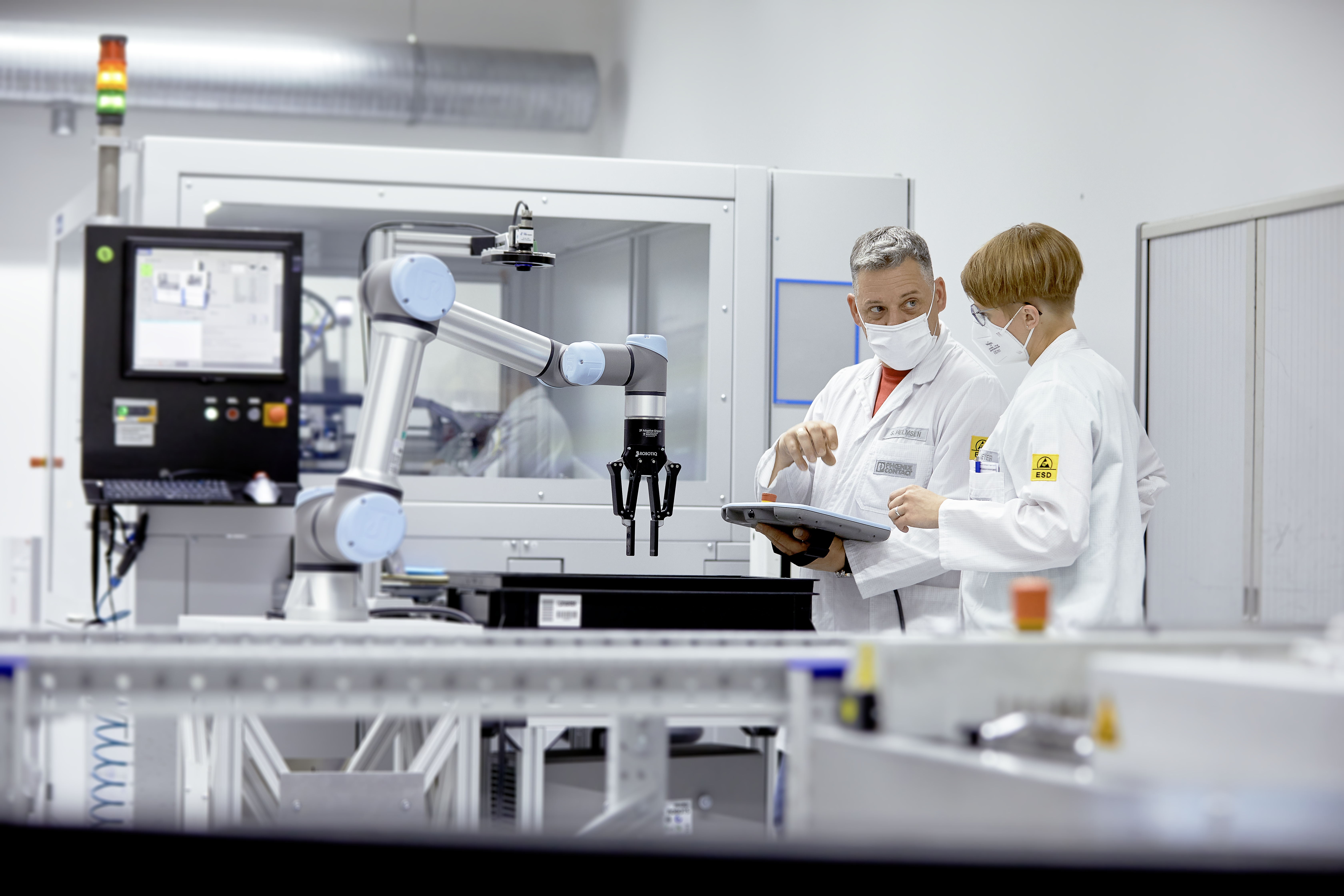 We notice at many points that a further expansion of automation is related to disproportionately high costs. Since our production systems become increasingly complex, this will also result in losses of efficiency in the end. Here, the digitalization involves a great chance to get information directly on site in an action-oriented way, to be able to react faster. Another aspect is that, with Industry 4.0 solutions such as collaborative robots, we can now automate processes directly in production during operation. However, this blurs the traditional boundaries of qualification profiles and specialist functions, as employees on site take on more tasks. To ensure that this is not perceived as a burden, we also have to grapple with psychological issues in production more intensely.

How has the role of the production manager changed in course of the digital transformation?

The increased transparency results in flatter hierarchies and enables teams to make more decisions for themselves. This requires more mutual trust among themselves and towards other specialist areas. It is also important to ask how we will deal with the higher perceived workload as traditional functional boundaries blur and the number of issues and areas of responsibility for managers continues to increase.

What specific advantages does digitalization have on your production so far?

We see digitalization as a turbocharger. But lean production remains the real driving force for us – with the aim of permanently improving processes and thus increasing productivity. The digitalization increases speed and efficiency of this process. It is fascinating to see that it makes such a big difference when employees have direct access to live data while solving their problems. Or when our Manufacturing Data Support team is able to aggregate key figures from the production lines within hours to support a production team with an improvement process. In former times, this often took us weeks. This is also reflects in our productivity – and that is what it’s all about in the end.

What is the current status and what are your future plans?

We are going to deal with psychological aspects in production even more intensively. The question is always: How can we improve our actions and decisions? Two years ago, we added a psychologist to the team who supports us with this. In the process, we tackled topics such as nudging or user experience in production processes. We want to expand this even further. A second aspect that has become more and more important to us in production is cybersecurity. Especially due to the increasing networking of systems and the stronger interaction of IT and OT, we have to cooperate more closely with the IT departments.

Do you support other companies in their digital transformation? 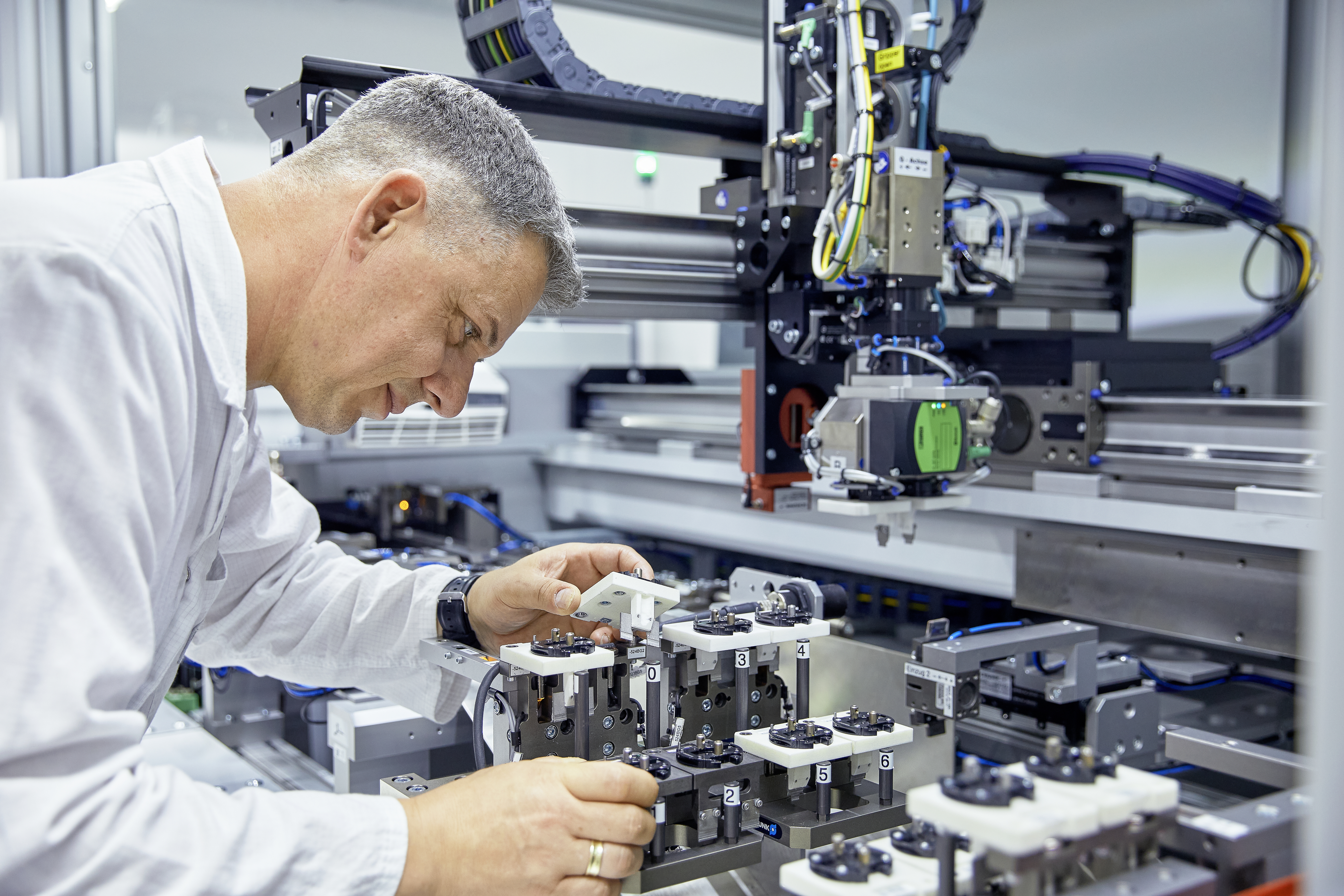 We are using our own products, such as PLCnext Technology, to bring the data from our systems to our digital infrastructure in a minimally invasive way. This has the advantage that we can quickly and scalably provide a database for, for example, machine learning algorithms from start-ups such as Siga without the complex support of the system suppliers. We have transferred the PLCnext Technology mindset as an open ecosystem to our production, so that we are looking forward to everybody visiting us in our PLCnext Factory, sharing their digital transformation with us.

What tips do you have for the journey to digitalized manufacturing?

They should be open and brave and willing to try new things. It has helped us a lot that we follow a strategic direction that forces us again and again to ask: How do we get there?