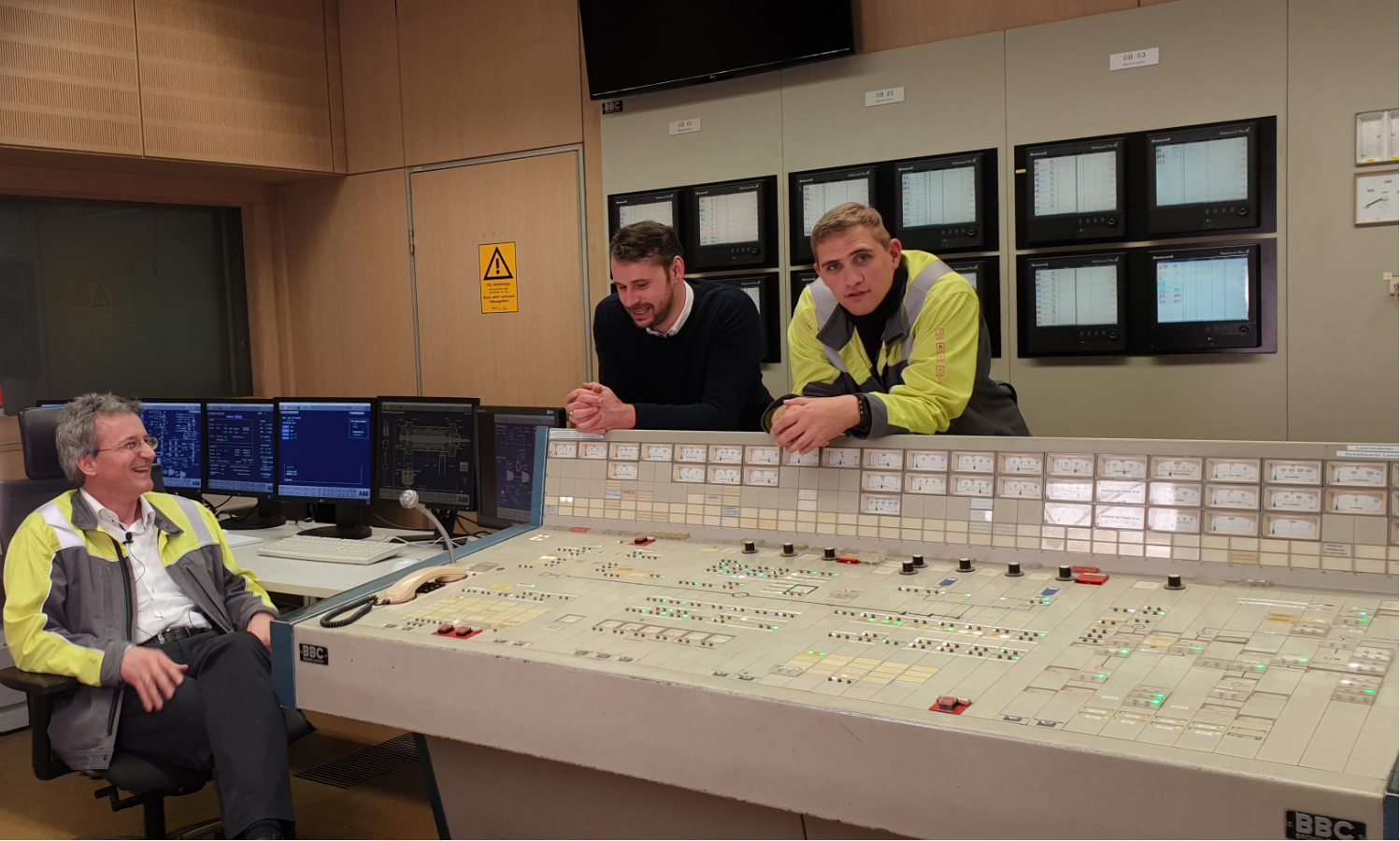 What many people do not know is that Germany is home to a unique power plant — and not only since today, but going all the way back to the year 1978. The Huntorf power plant is a combined compressed air storage and gas turbine power plant, which is still the only one of its kind in Europe. The power plant uses the working medium of air to store surplus electricity from, for example, wind energy in large underground taverns under high pressure and to release it back into the power grid at a later time. In this way, the compressed air storage system makes a significant contribution to maintaining grid stability. Using this method, the power plant can generate an output of 320 megawatts for several hours. Whereas in the past there was a permanent staff on the site, the plant is now designed to operate with virtually no staff, which means that the operator monitors the power plant remotely to perform switching operations.

In times of climate change, this power plant plays an increasingly important role because renewable energy is often difficult to store. When Huntorf began operation in 1978, the Walkman had just come onto the market. It has now been completely replaced by the smartphone. But why throw away an entire power plant – if you can easily upgrade it to future technologies?

Combination of old and new technology

The existing technology and power plant control system is as old as the power plant itself. Despite regular maintenance, this technology is no longer up to the challenges of the modern world. In addition, the reliability of the installed components decreases due to their old age, which reduces their availability and makes downtimes more and more probable.

To address these issues, Phoenix Contact developed a solution in close cooperation with the facility’s operators. The key here was that our PLCnext Control could be seamlessly installed and was compatible with the existing technology. The new controller, based on PLCnext Technology, reads operating data from the existing controller via the fieldbus protocol MODBUS TCP, and transmits this data to a local visualization system. The communication standard OPC UA is used for the communication between the PLC and the visualization. An LTE radio modem is utilized to establish a VPN tunnel to the superimposed control center in the power plant in Wilhelmshaven, which is about 75 kilometers away. And on top of all that, PLCnext Technology lets the technicians monitor important process data from a mobile device.

The entire application has been programmed in IEC 61131 using our development environment, PLCnext Engineer. We loaded ready-made libraries from the PLCnext Store, such as a Modbus library, to connect to the existing power plant controller. This significantly accelerated the application development cycle. The openness for new technologies, such as block chain, is a decisive argument. The importance of block-chain technology is increasing in the context of the energy turnaround. In contrast to the old control system, the PLCnext Control can transfer the read-out values to a block chain. In this way, wind energy produced in the region can be recorded and balanced in relation to the energy stored at Huntorf.

Power plants fall under critical infrastructure and are therefore characterized by special technical challenges, as this critical infrastructure must be protected — especially with regard to IT security. Operators must always keep an eye on the requirements for IT security. A holistic, deeply integrated security concept is the basis for protecting power plants against unauthorized access and threats. Security-by-Design according to IEC62443-4-1 is an important component of the architecture design of the selected control platform for the power plant expansion. The PLCnext Control supports components for secure communication. When upgrading the power plant, for example, the integrated firewall, VPN (Virtual Private Network) and TLS (Transport Layer Security) were used to achieve the greatest possible level of security. In addition, the application program on the PLCnext Control can only be changed by authorized personnel, thanks to role-based user management.

The Huntorf compressed air storage and gas turbine power plant is facing new challenges due to the energy transition. With the open PLCnext Technology ecosystem, it was possible to integrate even older control systems and make outdated technology fit for the future. In addition, data security can be guaranteed because modern security requirements for automation are met by the ecosystem. And last but not least, the use of PLCnext Technology keeps Huntorf prepared for the future, because future technologies can be easily integrated into the ecosystem.