Why use Linux-based embedded devices in industrial applications? 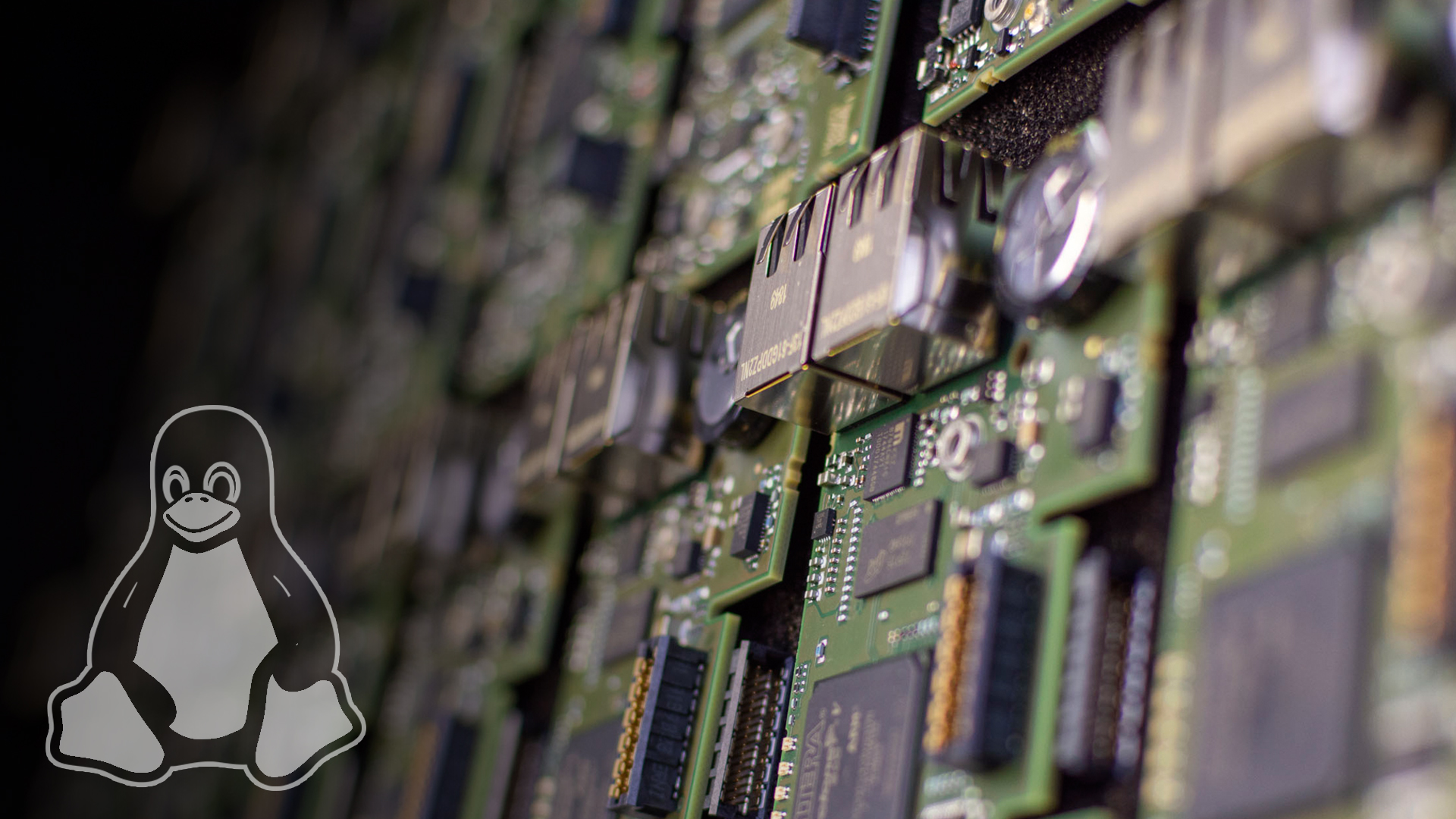 In the eyes of some computer users, Linux is a mysterious and misunderstood entity. For much of the time since its invention, Linux has lived on the fringes of mainstream computing. This mindset has shifted with the introduction of more user-friendly and robust implementations of Linux that are designed to be used by the general computing community, as well as experts.

The operating system has made impressive inroads in the consumer market and is a viable option for use in embedded devices employed in industrial settings. Increased deployment of equipment focused on Internet of Things (IoT) implementations has made it imperative to have an operating system that can handle the demands of smart technology. This article will discuss how Linux can address these needs and why it makes sense as the OS for your embedded devices.

A brief history of Linux

Linux is the brainchild of Linus Torvalds, who was studying computer science at the University of Helsinki in the early 1990s. He was spurred on to create the operating system by the prohibitive expense involved in obtaining a UNIX OS for his IBM-compatible personal computer. Rather than spending thousands of dollars to purchase a copy of UNIX for his machine, Torvalds embarked on an intensive programming effort in 1991 with the goal of creating a similar operating system from scratch. With the help of many other developers, this work culminated in March of 1994 when version 1.0 of the Linux kernel was released.

Originally seen as a hobby by Torvalds, the popularity of Linux has grown far beyond what the young programmer could have imagined in his wildest dreams. Linux is open source software, which has greatly contributed to its adoption by the worldwide computing community. Open source means that anyone can use and modify the software in any way they like, as long as they make the source code openly available to others. Thousands of developers have worked to extend and enhance the functionality of the original kernel since its release to the public.

This has led to the creation of many different Linux distributions or distros. A distribution is comprised of the Linux kernel and associated programs and utilities that work together to provide specific features to its users. They run the gamut from free, niche offerings to commercial distributions like RedHat Enterprise Linux (RHEL). There are distros that are designed to be run specifically on desktops or servers, as well as packages that focus on the needs of the scientific or engineering communities. Distrowatch.com is a great place to investigate the diversity of Linux distributions available for your computing environment.

Until somewhat recently, the use of Linux was relegated to more technically adept users willing to battle with the command line to get their work accomplished. Steadily improving user interfaces have made it possible for anyone with rudimentary computing skills to run a Linux environment. These developments will only increase the popularity of this constantly evolving operating system.

There are many reasons that Linux should be considered as the operating system for just about any type of computing environment. Without the past constraints of an unwieldy user interface, we can concentrate on the advantages that an organization or individual can enjoy from using a Linux distro.

The free and open source nature of Linux are two of the most compelling reasons for its use. Eliminating the cost of licensing an operating system for its employees’ workstations can return much needed resources to the purchasing department. Many of the most-used commercial programs have open source equivalents available in Linux distros or as add-on packages, further reducing software costs.

The fact that you can modify the components of the OS to suit your particular requirements is an extremely appealing aspect for many organizations. Starting with a base Linux distro, the operating system can be tailored to meet specific standards or change features in ways that only apply to your installation. This is not possible with commercial operating systems that are designed to service a large and generalized user base. A Linux system is fully customizable and can be implemented to address an enterprise’s precise business or operational goals.

Security and stability are important aspects of an operating system, and Linux fits the bill on both points. These two features have been at the forefront of the operating system since its inception. Linux servers are widely known as stable platforms that often run for years without the need for a restart. This is due to their architecture, which allows parts of the system to be configured or brought down in the event of an issue without impacting the entire instance.

The ability to maintain secure systems is becoming more critical every day as cyber threats continue to increase. Linux is more secure than other operating systems, in part because of its open source nature. With the eyes of so many trained programmers delving into the internals of the kernel, its vulnerabilities have been well documented and adequately addressed. The method in which permissions are handled in Linux also adds to its security and the inability of malware to perpetrate the same level of malice as it does on other platforms.

Linux distributions are available for virtually any type of computer platform. Extremely small and lightweight distros are perfect for situations where computing resources are scarce, but functionality is critical. You can also run full-featured Linux distributions on large computers, and it is the operating system used in the fastest 500 supercomputers in the world. Linux is running everywhere these days.

Many online communities have formed, through which developers can collaborate and share code. Taking advantage of the resources available from these groups can be instrumental in using the power and flexibility of Linux to its fullest extent. Examples are the Yocto Project and Buildroot, which are used for building embedded Linux systems. They provide tools, education, and support to facilitate the creation of customized Linux-based products for any type of embedded architecture.

Linux for embedded devices in industry and the IoT

Information gathering and controlling processes are two critical functions of the embedded devices used in assembly lines or processing plants. The equipment used needs to remain operational as the failure of a single component may result in the entire operation being affected. It also needs to be made secure from attack by malicious software that can cripple a facility. Devices running Linux are more likely to stay up and less likely to be brought down by malware attacks.

Free is usually a good thing, and in the case of the software base needed for hundreds or thousands of IoT devices, price can be a determining factor in the feasibility of the project. Using a free Linux distro eliminates that consideration and lets you use those financial resources in other ways. Licensing costs will not become a factor as your system scales and grows.

Perhaps the two advantages that Linux provides to all computers that are most pertinent to embedded systems are its ability to perform well in lightweight distros and the extent to which it can be customized. These features make it stand out as a logical choice in many instances.

The embedded devices employed in an IoT or industrial automation implementation will not commonly have the capacity to store extensive operating system components that are not required for its operation. Being able to pare down the Linux distribution to only store what is essential reduces the size and expense of the equipment using the OS.

There is room for infinite innovation in IoT systems that cannot possibly be completely addressed by general-purpose operating systems. The customization afforded with a Linux distribution enables you to efficiently use your embedded devices in whatever way you need. Full access to the open source code allows the OS to be fine-tuned for your specific implementation.

Finally, making use of the intellectual resources available through entities such as the Yocto Project can help you get started and offer guidance and support throughout the development and implementation process. You may not have to reinvent the wheel, just make some minor adjustments to streamline operations in your shop. It’s certainly worth your while to give Linux serious consideration for embedded devices for industrial applications.

Joins us at an event near you
See all events

The world's leading trade fair for industry will be held from 17 to 21 April 2023. Hannover Messe has always been the 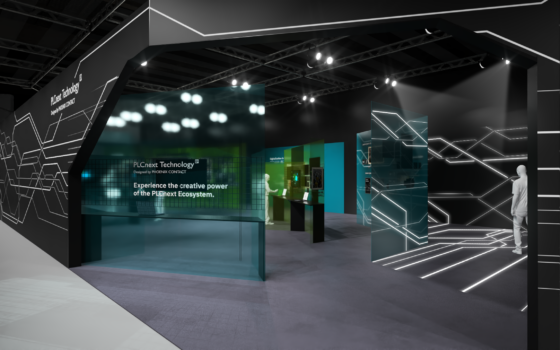 The SPS will take place in Nuremberg. Meet our experts around the open ecosystem PLCnext Technology in hall 9/310 and talk with them about innovative automation topics like: AI, Machine learning, E